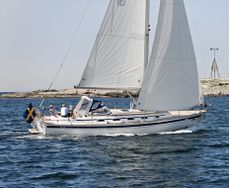 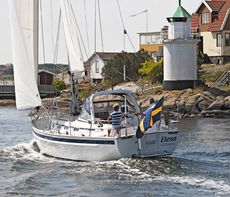 MALÃ– 40
Rounder and longer with improved sailing qualities. The Malö 40 has an heiress. After a lengthy period of intensive work, Malö proudly presents a new model.

The spadework has been done. A year of computer drawing, toying with ideas and decision-making is over and a new design is now on the drawing board. Chief Designer Leif Ängermark and Malö’s in-house designer Hans Leander are both relieved and pleased that the mission is completed. The Malö 39 is to be replaced by a new model and everyone involved are more than satisfied with the finished product.

“It was a very tricky job,” says Hans.“ Not because we didn’t know what we wanted or the aim of the boat, that had been taken care of a long time before, the problem was in replacing a boat as good and popular as the Malö 39.”

The Malö 39 has been a success since it was introduced around ten years ago. More than 90 boats left Kungsviken , quite a lot for a shipyard the size of Malö. So why is it being replaced ?

“Moulds and production tools wear out and it was time to change them so we thought it would be a good idea to improve the model at the same time. We wanted to develop the sailing characteristics of this quality boat even further.The new boat would be made quicker without changing the shape of the hull, which travels smoothly through the water.”

The boat has a slightly sharper bow for faster cruising and a wider stern to facilitate a heavier load. Generally speaking, most things have been enlarged:

“We have increased the waterline by around 60 centimetres and we’ve made the shape a little rounder and smoother.

The design has always been heading in that direction ever since the early models “ says Hans, and continues: “ The greater stability of the boat has enabled us to increase the sail area by about two square meters.”

One of the most important elements of the work has been in retaining the unique Malö characteristics of quality and safety. Production will begin in October 2004, hopefully in time for the Düsseldorf Boat Show in January 2005. On summarising the project, Hans says it was with a mixture of trepidation and delight that he and the others took onboard the project:

“It didn’t make the work any easier when the boat owners themselves couldn’t think of anything we should change, but we’ve managed to steer clear of change for the sake of change. We’ve designed the boat with due consideration taken to improving details. Not all plain sailing, but with the finished Malö 40 in front of us we can safely say we´ve done an excellent job,” he concludes. 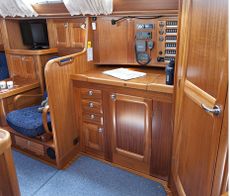 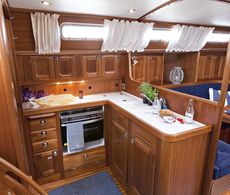 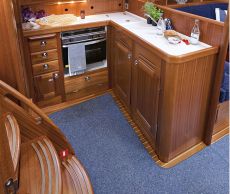 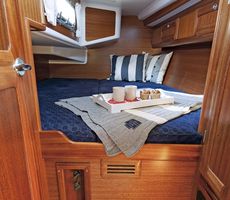 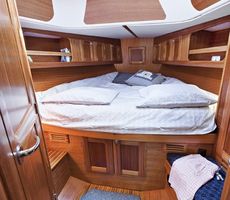 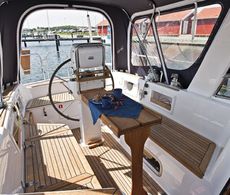 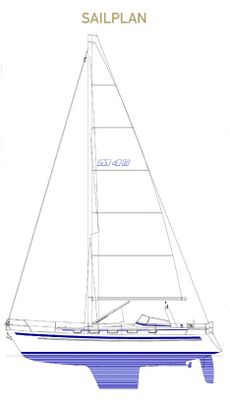